Angel Food Cake is one of my all-time favorite desserts! I had found this recipe on Genius Kitchen and after trying it out, it’s the only one I’ll ever use from now on! It’s the perfect density and has just the right amount of sweetness. Just add some whipped cream and freshly picked Wisconsin strawberries and you got yourself a delicious summertime dessert! 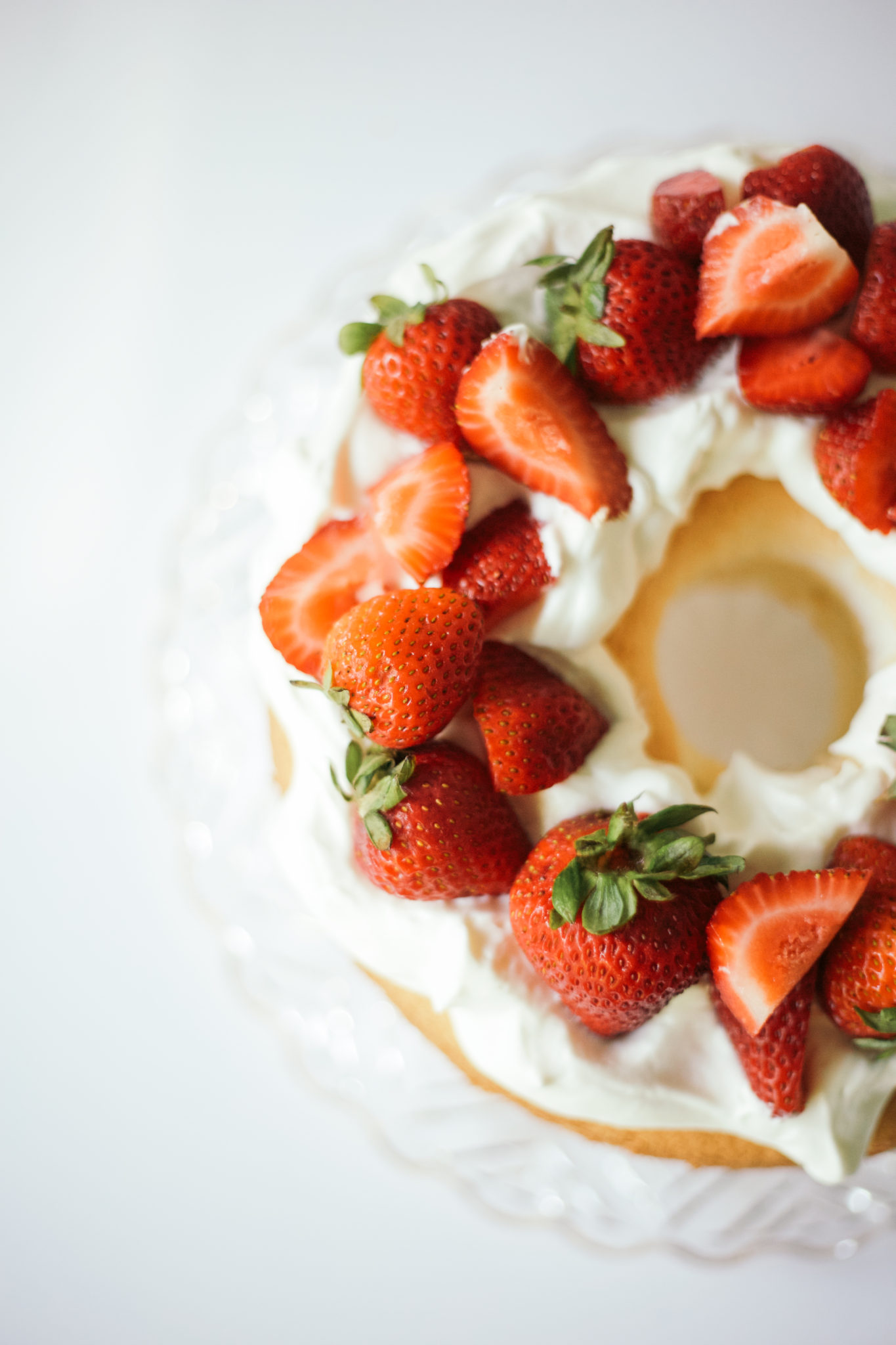 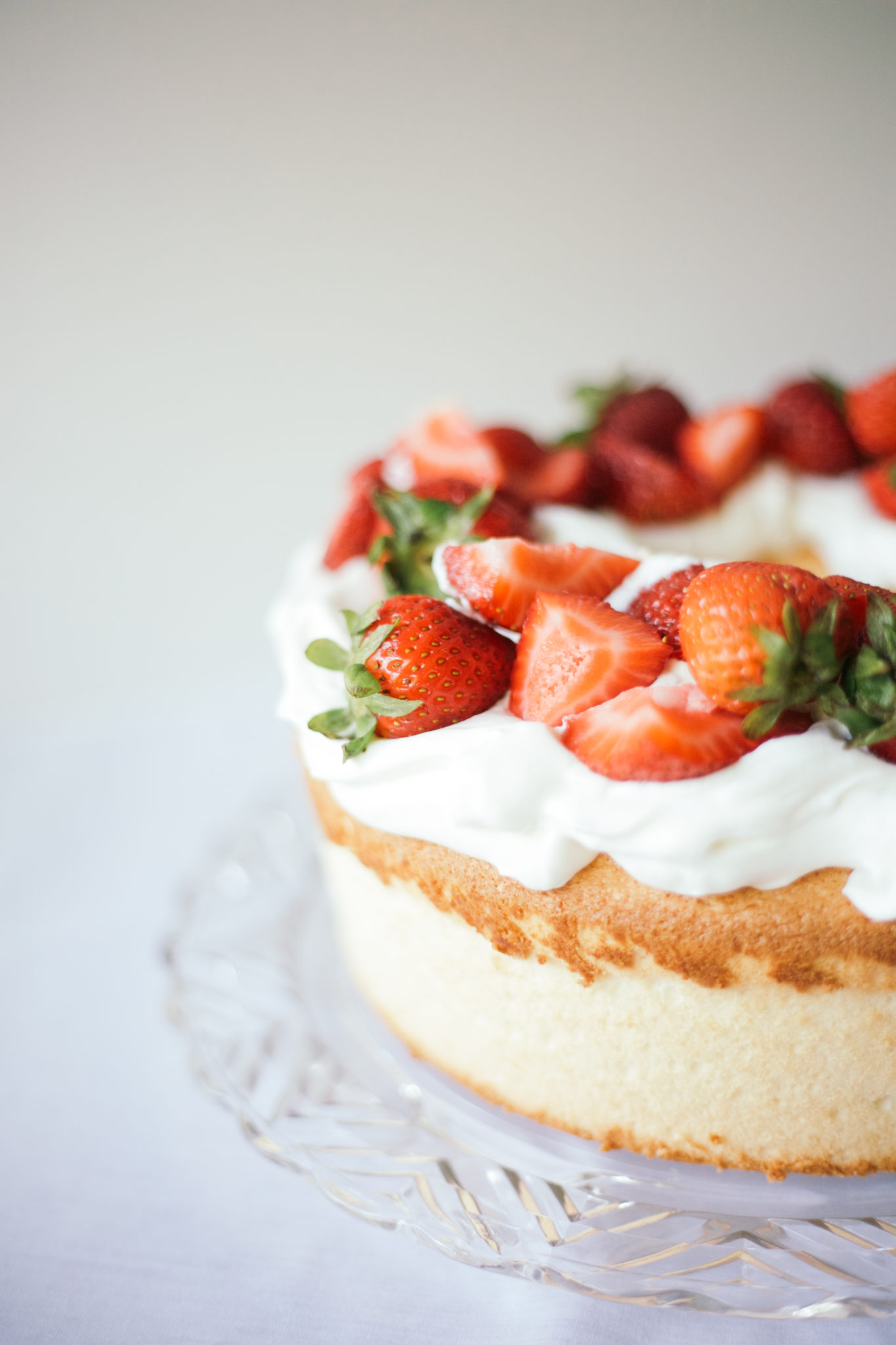 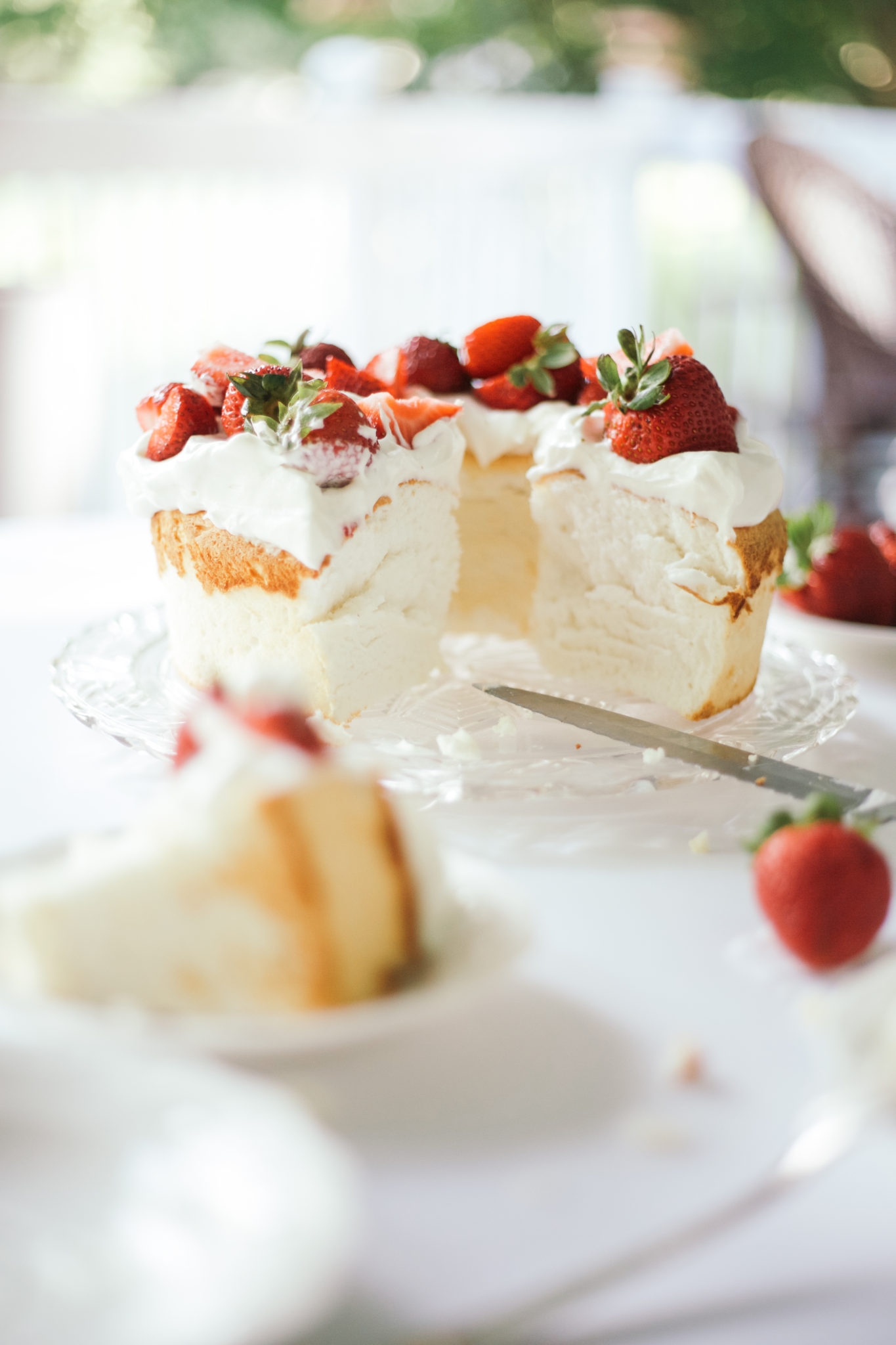 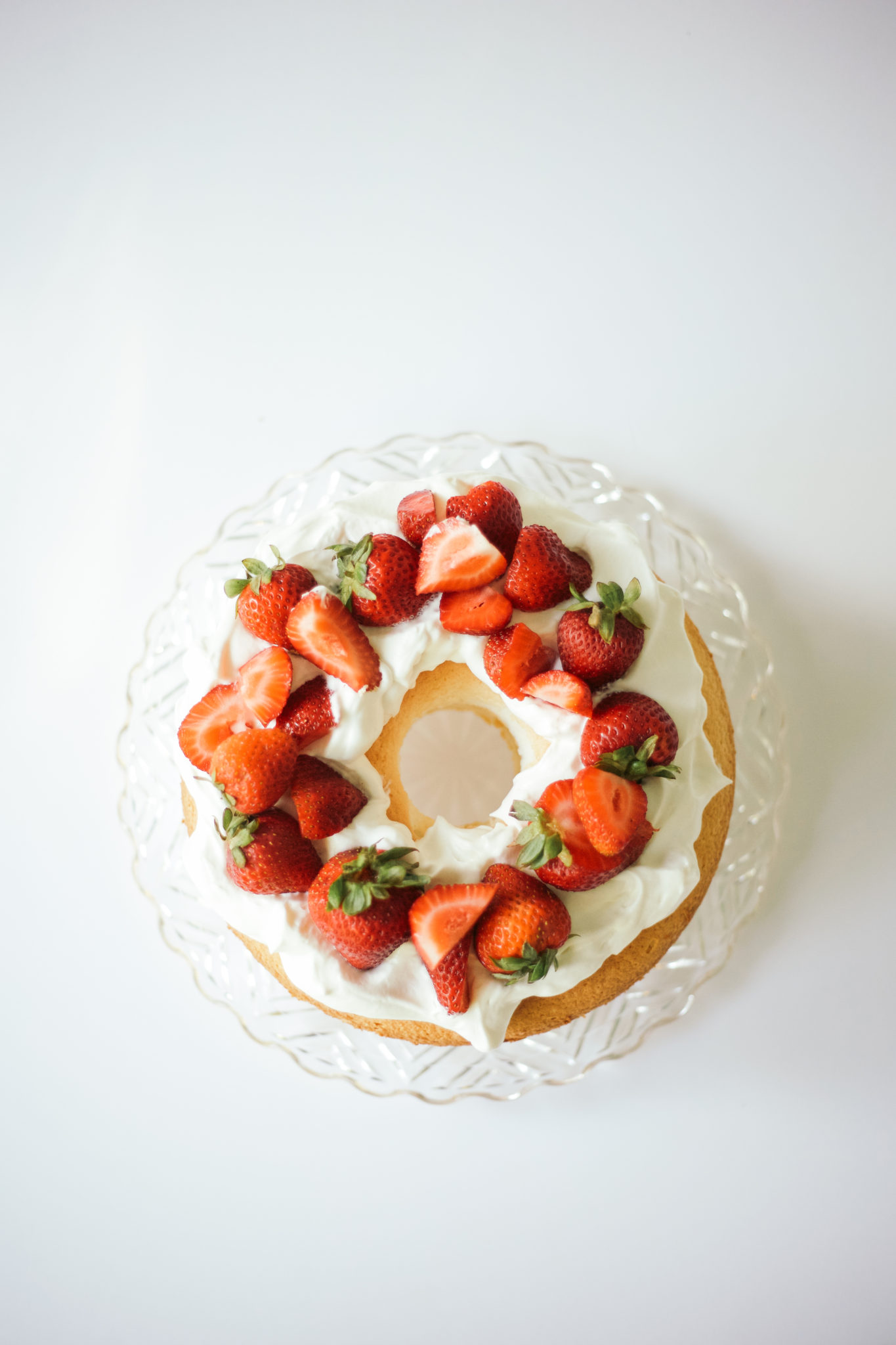 Note: Make sure you don’t get any yoke in the egg whites! If you do, throw it out and start over. I always separate the egg in a separate bowl first and then pour it into the rest.

DO NOT GREASE PAN.

I use a two-piece angel food cake pan.

Combine the extracts in a small bowl; set aside.

Beat egg whites, cream of tartar and salt until it forms peaks.

Add the other 3/4 cup of sugar slowly, then beat on high until stiff peaks form.

If you have a mixing guard for your mixer bowl, now would be a good time to attach it.

Make sure you fold in the sides and bottom of your mixing bowl.

(You can fold in flour mixture by hand but this way is faster.) Spoon into an angel food cake pan.

Move a knife through batter to remove air pockets.

Bake 30-35 minutes or until top springs back when touched lightly with finger.

Invert pan onto a tin funnel to cool completely.

To remove the cake from your pan run a knife around the rim of the cake pan just to get the ‘crust’ away from the pan.

Then firmly spank the sides of your pan.

You could use a knife but this sometimes tears the sides of the cake.

Invert onto your serve plate then take the knife to the now top which was the bottom of your pan and gently cut cake away from the pan insert.

No need to cut around the center tube as you just give the cake a gently but firm tap or downward shake on to the plate.

Or you can pick up plate while holding onto the pan insert with your thumbs and firmly strike the bottom of the plate onto a folded towel. (Just give it a slam down on the towel/table). 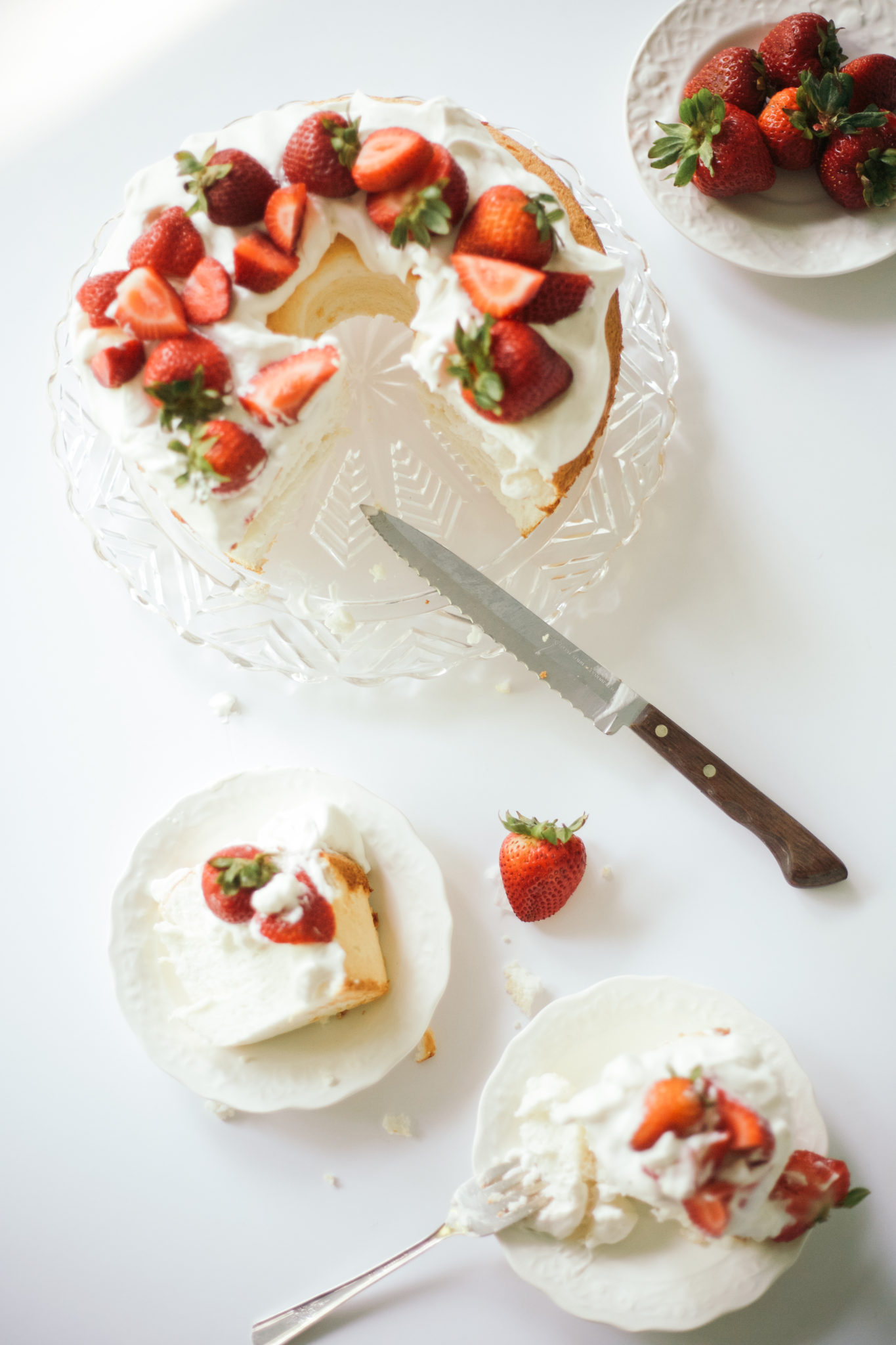 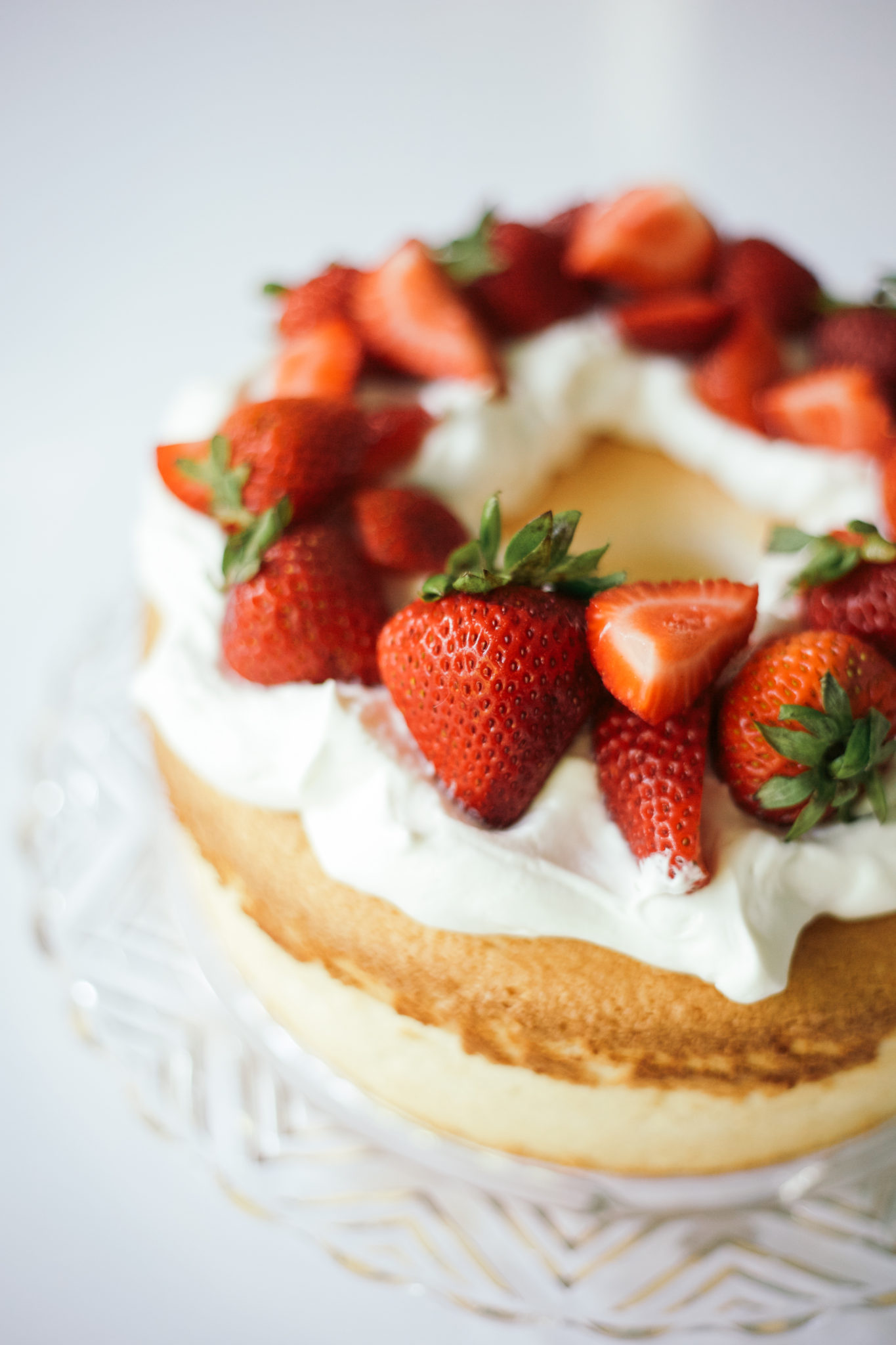